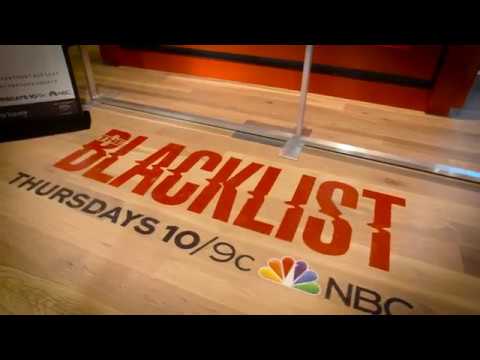 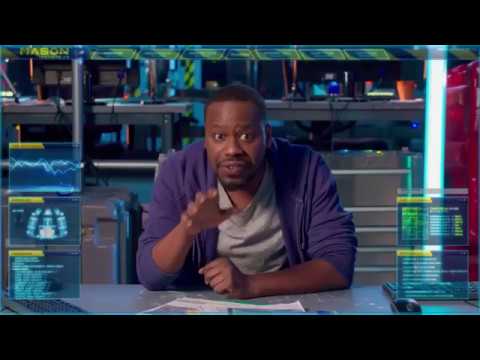 Challenge
Entertainment giant Sony Pictures Television sought to make a splash with viewers by bringing to life its Emmy-winning crime thriller The Blacklist in an exciting, tangible way.  Sony knew that taking the series from the screen to the street would require a partner whose standards were just as high.

Recognizing Immersive Activations Group’s successful track record in experiential marketing, Sony retained IAG to develop a six-week promotion at its US headquarters in New York City.  It also knew that IAG’s seasoned experts would be able to produce strong results even with an accelerated timeline, as well as skillfully and authentically integrate a variety of Sony’s newly-launched branded products into the experience.

Solution
With a compelling activation hook needed quickly, IAG immediately went to work developing concepts based on the popular “escape room” interactive puzzle games that have exploded around the world.  Sony quickly saw the potential and not only greenlit the idea for The Blacklist, but also expanded the program’s scope to include a second space for its newer sci-fi drama Timeless.  Each show would offer its own themed 10-minute challenge set within a 100-square-foot space for two to four people, with a post-game social media station for immediate online integration afterwards.

IAG developed the entire program including storylines, set and puzzle designs, and game scripts, which it wrote in collaboration with Sony’s writers for the shows’ cast members who appeared in video segments incorporated into the games.  It then managed all aspects of production, which comprised graphic and puzzle fabrication, set manufacture, and supporting technology installation, all of which needed to withstand significant traffic flows.  IAG used its deep systems integration experience and superior technological capabilities to incorporate Sony’s recently-released products, such as wireless projectors and speakers along with IoT devices.  Finally, it created detailed guides and trained Sony employees to operate and maintain the activations with their own brand ambassadors.

Result
The Blacklist and Timeless immersions were a massive hit.  With help from significant media coverage and coordinated promotion leveraging Sony’s online presence, more than 8,000 consumers, employees, and business partners experienced the program at the company’s NYC headquarters.  The total impact, however, was far larger.  The games received approximately 30 million online impressions across social media platforms, a dedicated microsite, a branded YouTube channel, and digital coverage from various media outlets.

Sony was so pleased with the program that it extended the installation for two additional weeks, giving it a full two-month run.  It has since partnered with IAG again to create similar innovative and attention-building promotions for its TV content.

Challenge
One of the year’s most important events for entertainment professionals was approaching in Las Vegas. Sony Pictures Television was well aware that the PromaxBDA Station Summit would attract the industry’s top TV marketing and promotion professionals. It therefore needed a way to rise above the noise and make its presence felt among so many other brands and TV entities.

Given its impending entry into the syndication realm, the studio’s 80’s-based sitcom The Goldbergs was chosen to serve as the activation thematic. Having previously worked with Immersive Activations Group on successful TV-based experiential promotions, Sony tasked IAG with the project knowing its talent for bringing on-screen content to life would get people talking in Vegas.

Solution
IAG knew how popular the interactive “escape room” experiences had become in recent years and believed this would be a compelling means for Sony to leave its mark on the conference. It therefore set out to create a 15-minute challenge for attendees set within a 120-square-foot space for two to four people at a time. In line with the lovingly dysfunctional, middle-class nature of the series’ Philadelphia family, IAG approached the activation’s style and space’s décor from the perspective of the Goldberg’s 80’s-era suburban home.

With this as the direction, IAG developed a full-service solution that accounted for conference-center parameters and constraints. This included full conceptualization of the storyline, set and puzzle design, and game script. It handled all production elements, consisting of set manufacture, materials and props sourcing, graphic design, and technology integration. In addition, IAG provided game-operation oversight and staffing for all three activation days.

Results
IAG’s close coordination with tradeshow producers and facility managers allowed it to maximize Sony’s exposure potential on the floor. Once inside, IAG’s high attention to detail relating to storyline, character personalities and through the use of period props spread quickly among attendees, achieving the kind of authenticity that is so critical in today’s activation efforts. In fact, Sony’s unique gamified footprint featured the only visitor queue among all 25+ vendor booths.

At the end of the Summit, an estimated 80% of all TV network, program distributor, and major station group attendees passed through Sony’s The Goldbergs installation, which was consistently praised as “the hit of the show.” Sony was delighted with not only its success at PromaxBDA’s event, but with the fact that IAG had designed the experience with mobility in mind. The entire installation was subsequently disassembled and transported for reactivation at different sites to extend the life and impact of the promotion.